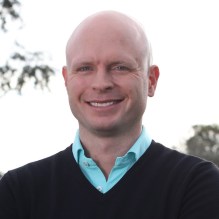 Previously, McIntosh spent a decade as the head of digital for GOLF, most recently as Executive Vice President, Business and Strategy. During his tenure, McIntosh was  the primary driver of more than 15 mergers and acquisitions that have proliferated company growth, including EZLinks Golf, the leading provider of golf course technology in North America. In 2016, McIntosh spearheaded NBC Sports’ entry into youth sports via the acquisition of Minneapolis-based Sport Ngin – rebranded as SportsEngine – the leading provider of sport-life management software and mobile applications for more than 45,000 sports organizations and 16 million coaches, parents and youth athletes. Since 2009, McIntosh has driven the strategy and growth for GolfNow, a technology company specializing in golf-related digital products and services with the most powerful tee-time marketplace in golf, which is now the golf industry’s No. 1 technology and services company. In that time, the business grew from 1,000 golf course partners to currently over 9,000 in 24 countries, connecting with more than 3 million golfers, which are serviced by more than 800 GolfNow team members.

Prior to joining GOLF Channel, McIntosh owned and operated his own business ventures with a focus on interactive marketing and software development within the hospitality industry, founding and serving as CEO of three distinct businesses from 2004-2009.