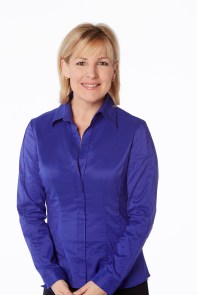 Tracy Wilson returns to NBC Sports Group’s Olympic coverage as a rugby and sportsdesk reporter for the 2016 Rio Olympic Games. Wilson most recently served as a figure skating analyst during the 2014 Olympic Winter Games in Sochi.

Before joining NBC Sports Group, Wilson served as an Olympic figure skating analyst for CBS Sports at the 1992 Albertville, 1994 Lillehammer and 1998 Nagano Olympics.  She also worked as a co-host for the 1992 Summer Olympics in Barcelona for CTV in Canada.

A 1988 Olympic bronze medalist in ice dancing, Wilson began skating at age six, first in singles before beginning her career in ice dancing when she was 15.  After teaming up with fellow Canadian ice dancer Rob McCall in 1981, the pair dominated their event in Canada, winning seven National Championships from 1982 to 1988. They progressed steadily in international competition as well, moving from 10th place in 1982 to win three consecutive bronze medals at World Championships beginning in 1986.

Wilson and McCall were inducted into the Canadian Hall of Fame in 1989 and each awarded the Order of Canada in 1988, the highest civilian honor given by the Canadian government.

Wilson is married and resides in Toronto with her two sons and daughter.