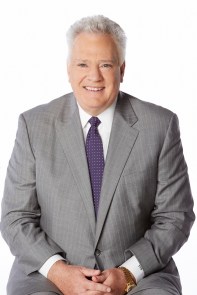 Hammond made his Olympic debut at the 1988 Seoul Games as the men’s and women’s basketball play-by-play commentator. He has served as the network’s track and field play-by-play announcer since the 1992 Barcelona Games, where he also called diving. At the 2000 Sydney Olympics, Hammond called gymnastics in addition to track and field. In Salt Lake, his first Winter Olympics, Hammond hosted figure skating, a cornerstone of the Winter Olympics. He went on to call figure skating at the 2006, 2010 and 2014 Olympic Winter Games in Torino, Vancouver and Sochi.

Hammond began his career at NBC Sports in the 1970s, calling regional college basketball broadcasts. In 1984, he was hired for what was intended to be a one-time-only basis as a reporter for NBC’s telecast of the inaugural Breeders’ Cup World Thoroughbred Championships. That telecast won the prestigious Eclipse Award, and Hammond has been involved with NBC Sports ever since, calling 16 Kentucky Derby and Preakness Stakes events, and 11 Belmont Stakes, including American Pharoah’s historic Triple Crown victory in 2015.