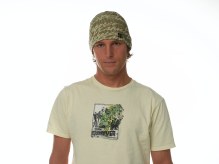 U.S. Olympian and seven-time Winter X Games medalist Todd Richards returns for his fourth Olympic assignment with NBC Sports, having served as a snowboarding analyst for NBC in each of the last three Winter Olympics.

The Olympian followed the 1998 Nagano Olympics with a double-medal performance at the 2000 Winter X Games. In 2001, he was the Winter X Games V silver medalist in big air and slopestyle.