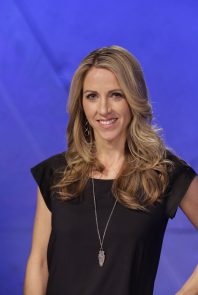 Dixon has become a familiar face and name to action sports viewers.  Her duties have included covering a wide range of events from WCT surfing, to college football to lifestyle and outdoor programming. Dixon served as the snowboarding reporter during the 2018 PyeongChang Olympic Winter Games and the 2014 Sochi Olympic Winter Games, handled reporting duties for snowboarding and freestyle skiing at the 2010 Vancouver Games, and served as a snowboarding reporter during NBC’s coverage of the 2006 Torino Games.

She has more than 10 years of experience as a competitor, commentator, sideline reporter and television host and can be seen regularly as a commentator on NBC, ESPN and NBCSN. Most recently, Dixon reported on the USSA Grand Prix’s the Red Bull Signature Series.

A former professional snowboarder, Dixon won four X Games medals, including gold in Big Air and Snowboard Cross.  Dixon first put on skis at the age of five and grew up following her father down the steep slopes of Snowbird resort near her hometown of Salt Lake City. After making the switch to snowboarding during her senior year of high school she entered her first contest a year later and won.