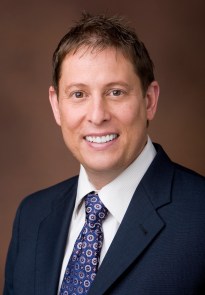 Tim Daggett has been the gymnastics analyst for NBC and NBC’s Summer Olympic Games since 1992 in Barcelona. He also made his Winter Olympics debut in 2006 at the Torino Games, as NBC’s ski jumping reporter.  Daggett will share his gymnastics responsibilities with Al Trautwig, Elfi Schlegel and Andrea Joyce.

Daggett has established himself as one of the leading authorities on the sport, covering the Olympics and events such as the American Cup, the World Gymnastics Championships and the U.S. Olympic Trials for NBC. Daggett covered the 1990 Goodwill Games for Turner Broadcasting and has also worked events for ESPN and Prime Ticket.

As a competitor, Daggett’s “10” on the high bar at the 1984 Olympics clinched the first-ever gold medal for the U.S. men’s team. He later added a bronze medal in the pommel horse competition, and fought through a series of injuries to become the American Cup all-around champion in 1985 and the U.S. national champion in 1986.

Daggett turned to coaching upon his retirement, and more than 1,900 children have gone through his Tim Daggett Gold Medal Gymnastics program. His autobiography, Dare to Dream, was published by Wynwood Press, and he was a contributor to the book, “Awaken the Olympian Within,” edited by former Olympic swimming star John Naber.

Daggett lives with his wife, Deanne, and their two children in Massachusetts.