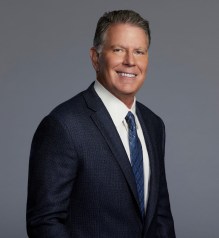 McAulay, who spent 20 years as an on-field NFL game official, and a decade as a college football officiating administrator, joined NBC Sports in June 2018 and serves as an on-air rules analyst for Sunday Night Football, Football Night in America, and Notre Dame Football. He worked his first Super Bowl broadcast on Feb. 13, 2022 at Super Bowl LVI on NBC and Peacock

McAulay served as a referee for the last 17 of his 20 NFL seasons (1998-2017), previously serving as a side judge and a field judge. He led the officiating crew in three Super Bowls (XXXIX, XLIII, and XLVIII) and worked 15 additional NFL Playoff games, including nine conference championship games. He also served as the American Athletic Conference’s coordinator of football officiating from 2008-17 (named the Big East Conference from 2008-13). As an on-field college official, McAulay was the referee for the Nebraska-Tennessee national championship game (Bowl Alliance Championship) at the Orange Bowl in January 1998.