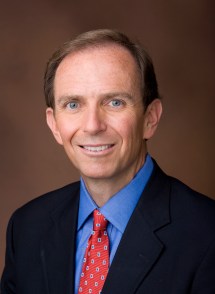 Ted Robinson calls a variety of sports for NBC during the year including swimming, diving and triathlon. Most recently, Ted Robinson served as a speed skating play-by-play commentator for NBC Olympics’ coverage of the 2018 PyeongChang Winter Games. Robinson joined NBC Olympics in 2000 as baseball play-by-play commentator at the Sydney Olympic Games. Since 2000, he has provided commentary for a variety of Olympic events including most recently diving and tennis during the 2012 London Summer Games.  He was NBC’s short track speed skating play by play commentator for the 2002, 2006 and 2010 Olympic Winter Games. The 2014 Olympic Winter Games in Sochi marked Ted Robinson’s ninth Olympics and his eighth for NBC.

Robinson joined NBC as a play-by-play commentator on Major League Baseball Game of the Week telecasts from 1986-89. In June 2000, Robinson returned to NBC as anchor of the network’s tennis coverage and has since called the French Open every year alongside John McEnroe and Mary Carillo, as well the Championships, Wimbledon from 2000-2011. In 2011, Robinson was the play-by-play voice of Pac-12 football for VERSUS, now NBCSN. He also calls a variety of sports for NBC during the year including swimming, diving and triathlon coverage.

In addition to his work on NBC’s tennis coverage, Robinson anchors the French Open and US Open coverage for the Tennis Channel and was the primetime host of the US Open on USA Network for 22 years.

Robinson was named the radio voice of the San Francisco 49ers in 2009 and completed his fifth season in 2013. Robinson’s work with Major League Baseball includes 23 years with the Minnesota Twins, Oakland A’s, San Francisco Giants and New York Mets and post-season coverage for TBS and ESPN Radio. In his 30-year broadcast career, Robinson has handled college football and basketball play-by-play assignments, including two years as SportsChannel America’s voice of Notre Dame Football and basketball; lead play-by-play voice on Pac-10 basketball for Fox Sports Net and 27 years broadcasting the NCAA Basketball Championship with positions at Dial Global, CBS and Westwood One Radio.

A Rockville Centre, N.Y., native, Robinson lives in Atherton, Calif., with his wife Mary and two children, all graduates of the University of Notre Dame.