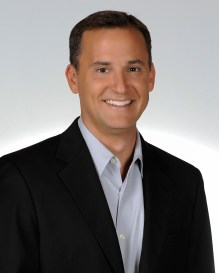 A versatile on-air personality, Steve Sands mainly covers golf for NBC Sports. Sands regularly does play-by-play, is a tower announcer and serves as an interviewer for NBC and GOLF Channel’s coverage of the PGA Tour, major championships, The Players, Ryder Cup and Presidents Cup. He also hosts GOLF Channel’s “Live From The Masters.”

In 2014, Steve became part of NBC’s Olympics coverage. He has been to multiple Winter and Summer Olympic Games as a play-by-play announcer and lead interviewer for speed skating and golf.

A native of Washington, D.C., Sands began his sportscasting career as a sports anchor and reporter in Ft. Collins, Colorado, while in college at Colorado State University, where in 1991 he earned a bachelor’s degree in Technical Journalism.