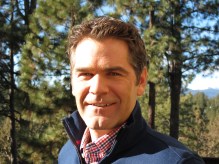 Steve Porino spends the cycling season on the back of a motorcycle as the ‘Inside-the-Race’ correspondent and commentator for NBC Sports Group’s cycling coverage, including the Tour de France, Tour of California and USA Pro Challenge. He also served as the alpine skiing reporter for NBC Olympics at the 2018 Olympic Winter Games in PyeongChang, his fifth Olympic assignment.

In addition to cycling, Porino has been a member of the NBC Olympic team since the 2002 Salt Lake Games and has been a part of all NBC’s Alpine World Cup and World Championship broadcasts since 1997. Porino has been the voice of alpine skiing since the Outdoor Life Network (now NBCSN). He continues his full-time coverage of World Cup skiing at Universal Sports Network along with other Olympic sports.

A former U.S. Ski team downhill racer turned writer then broadcaster, Porino hails from a family of skiers. He put on his first pair of skis at age three.  By six, he had entered the world of racing, and in 1981, at the age of 14, he enrolled in the Burke Mountain Ski Academy in Burke, Vt.  In 1988, he earned a spot as a downhill racer on the U.S. Ski team and raced for the national team until 1992. Porino also coached the Snowbird Ski team in Utah from 1993-96 while completing his communications degree at the University of Utah.

He currently resides in Bend, Ore., with his wife Amanda and two daughters, and still enjoys hitting the slopes.