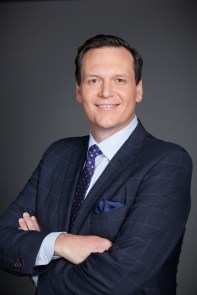 Prior to joining NBC Sports, Letarte served as a crew chief for Hendrick Motorsports, most recently leading the No. 88 team driven by Dale Earnhardt Jr. from 2011-2014.  Prior to working with Dale Jr., Letarte stood at the helm of Jeff Gordon’s famed No. 24 race team for six seasons.

Letarte began working for Hendrick Motorsports when he was just 16 years old.  In 1996, after graduating from high school early, Letarte started traveling with the No. 24 race team as a full-time mechanic and tire specialist.  His impressive work ethic moved him up the ranks quickly.  He assumed the role of car chief in 2002, and then crew chief for the four-time NASCAR Cup Series champion in 2005 when Letarte was 26.  Letarte and Gordon achieved 10 wins and 76 top-five finishes together.

In 2011, Letarte took the helm of Hendrick’s No. 88 team driven by Dale Earnhardt Jr.  Their first season together began with Earnhardt on the pole at the Daytona 500 and ended with Dale Jr.’s return to the Chase for the first time since 2008.  In 2012, Letarte and Earnhardt combined for their first win together, on Father’s Day at Michigan International Speedway.  Throughout the 2013 season, the No. 88 team solidly remained in the Top 10 in points and made the Chase for the NASCAR Cup yet again.  In 2014, Letarte and Earnhardt closed out their partnership impressively, with a Daytona 500 victory highlighting four wins and 20 top-ten finishes.

Letarte and his wife, Tricia, live in North Carolina with their two children.