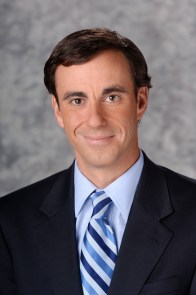 Steve Burkowski joined GOLF Channel in 2000, and currently serves as a host (in-studio) and reporter (on-site) for Golf Central and Golf Central Live From at PGA TOUR events and during some of golf’s biggest weeks. Additionally, Burkowski serves as the play-by-play host for the network’s Korn Ferry TOUR live tournament coverage.

In addition to his on-air responsibilities for golf’s professional tours, Burkowski is instrumental in the network’s coverage of college and amateur golf, including the NCAA Golf Championships as GOLF Channel’s resident college golf insider, and also hosts GOLF Channel’s “College Golf Talk” podcast. He also contributes to NBC Sports’ coverage of the Augusta National Women’s Amateur.

Prior to joining GOLF Channel, Burkowski worked in Columbia, S.C., as a radio personality for WVOC 560 AM and Sports Radio 1400, where he hosted The 19th Hole, a weekly golf radio show and covered events such as the Masters and RBC Heritage. While in Columbia, he also was the voice of the University of South Carolina’s women’s basketball program, and co-hosted the university’s local pre-game football and pre-game basketball shows. Burkowski is a graduate of the University of Florida and resides in Orlando.