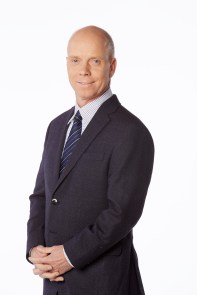 Scott Hamilton will serve as a special contributor and analyst on Olympic Ice, a new live, daily figure skating preview show on NBCSN, during the 2018 PyeongChang Winter Olympics. This marks Hamilton’s eighth Olympics overall, and his fifth with NBC Sports.

Hamilton won the gold medal in men’s figure skating at the 1984 Sarajevo Winter Olympics, and is a member of both the United States Olympic Hall of Fame and the World Figure Skating Hall of Fame. A four-time world champion, Hamilton also won five Grand Prix titles and four U.S. Championships during his illustrious career.

An active philanthropist, Hamilton serves as an official spokesperson for his own C.A.R.E.S. Initiative (Cancer Alliance for Research, Education and Survivorship) at the Cleveland Clinic Taussig Center in Cleveland, Ohio, as well as Target House at St. Jude Children’s Hospital in Memphis, Tenn. In conjunction with C.A.R.E.S. and the Cleveland Clinic, Hamilton manages Chemocare.com. He also serves on the Board of Directors for Special Olympics.