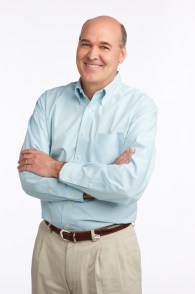 As executive producer, Flood oversees production for NBC Sports’ coverage of the Premier League, NASCAR, INDYCAR, horse racing, Tour de France, and French Open, among many others. He also oversees production of Football Night in America, the most-watched weekly studio show in sports for 15 years running, and contributes to NBC Olympics’ production of the Summer and Winter Games.

A former college hockey captain, Flood is regarded as one of hockey’s most influential figures and is credited for creating the “Inside the Glass” analyst position and the successful Wednesday Night Rivalry and Wednesday Night Hockey franchises. In 2016, Sporting News named Flood No. 39 in its list of the top 50 most influential people in sports. That same year, USA Today named Flood No. 15 on its list of the most important people in hockey.

Flood was named the seventh executive producer in NBC Sports history in June 2010 after being the Coordinating Producer, NBC Sports since July 2005. He was promoted to Executive Producer, NBC & NBCSN in February 2011. One of the many Olympic researchers who moved on to successful roles in the world of sports and entertainment, Flood joined NBC Sports in 1986 as an Olympic researcher for the 1988 Summer Olympics in Seoul, Korea, for which he won an Emmy for writing. The 2022 Winter Olympics in Beijing, China, is Flood’s 15th Olympic assignment.

Flood produced the Olympic Closing Ceremony from Salt Lake in 2002, and the Torino Closing Ceremony in February 2006, both just days after producing the network’s coverage of the Daytona 500. Flood produced six years of NASCAR coverage for the NBC/Turner joint venture, winning the Emmy for Best Live Series in 2006. He also won an Emmy in 1999 for live event turnaround for the 1999 World Track and Field Championship in Seville, Spain.

Before becoming a researcher for the 1988 Summer Olympics for NBC Sports, Flood was a writer/researcher for Turner Sports during the network’s coverage of the 1986 Goodwill Games in Moscow, Russia, and an associate producer for CNN Sports Tonight concurrently.

Flood graduated from Williams College in 1983, where he earned a bachelor’s degree in history. A native of Dedham, Mass., he and his wife, Jane, and have two children, Eliza and Sam, Jr.