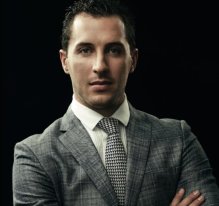 A 13-year NHL veteran, Ryan Callahan serves as a studio analyst for select games of NBC Sports Group’s coverage of the NHL on NBC after joining NBC Sports in January 2021. Callahan spent the first eight seasons of his NHL career as a member of the New York Rangers, serving as team captain from 2011 to 2014, before joining the Tampa Bay Lightning for five seasons (2014-2019). Throughout his time in the NHL, Callahan registered 186 goals and 200 assists in 757 regular season games, and collected 20 goals and 19 assists in 121 Stanley Cup Playoff games.

Callahan competed in two Winter Olympic Games as a member of the U.S. Olympic Men’s Ice Hockey Team, earning a silver medal in Vancouver in 2010.

Callahan began his broadcasting career in 2019 with the NHL Network, where he continues to serve as a studio analyst. In 2016, Callahan formed the Ryan Callahan Foundation, which helps provide moments of family unity to children and families battling pediatric cancer.