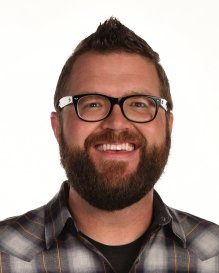 Wood made his Olympic debut with NBC Sports Group as a reporter during the 2016 Olympic Games, and reprised his role for the 2018 PyeongChang Olympics. Wood has also contributed to NBC Sports Group’s coverage of Super Bowl LII and the Kentucky Derby.

Wood’s first experience in NASCAR came during his first job traveling the NASCAR circuit for Country Music Television’s mobile marketing activation. Soon after, he was hired by SPEED, where he worked for 10 seasons covering NASCAR.

Wood currently resides in Georgia with his wife and their three daughters.