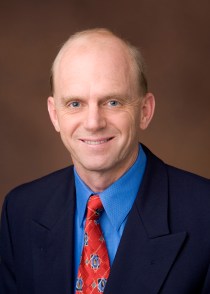 One of the world’s fastest swimmers in the 1980s, Ambrose “Rowdy” Gaines IV now ranks as the most experienced television analyst in the sport. At the 2016 Olympic Games in Rio, Gaines served as an analyst for swimming and open water. He has been NBC’s Olympic swimming analyst since the 1992 Barcelona Games.

After retiring, Gaines turned to broadcasting, working as a commentator on NBC’s coverage of the U.S. Olympic Trials in 1992 and then as an analyst for NBC’s Olympic swimming coverage from Barcelona that same summer and again for the Beijing Games in 2008.

Named the World Swimmer of the Year in 1981, Gaines was an eight-time NCAA champion at Auburn University and was honored as the Southeastern Conference’s Athlete of the Year in 1981. He is a member of the Alabama Sports Hall of Fame and later served as the Hall’s Executive Director. Gaines also served as the Chief Fundraising and Alumni Officer at USA Swimming, the national governing body for the sport in the U.S.

In addition to parenting and broadcasting, Gaines volunteers for the United Cerebral Palsy Foundation.  He also is on the Board of Directors of Swim Across America, an organization designed to raise funds for cancer research.

Gaines is the Executive Director of Rowdy’s Kidz, a wellness initiative developed and supported by The Limu Company that reaches out to children across the country.

Gaines and his wife, Judy, reside in Lake Mary, Fla., with their four daughters.