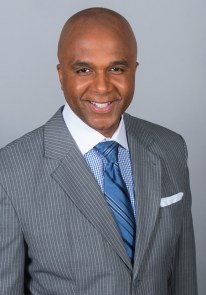 As one of the region’s top college and professional basketball experts, Thompson is also a regular contributor to the network’s news and entertainment shows, including SportsNet Central, and hosted the Emmy Award-winning series My Life 365. He also serves as an analyst and reporter for NBA TV and NBC Sports Network.

Thompson joined NBC Sports Mid-Atlantic after coaching Ball State University men’s basketball. Previously, he was an assistant coach with the University of Arkansas and at his alma mater, Georgetown University, where his father was the head coach and his brother currently coaches. He also spent time as an assistant under Brian Ellerbe at Loyola College of Maryland. He began his coaching career with Jerry Green at the University of Oregon, but he entered professional sports as a scout for Larry Brown and the Philadelphia 76ers.