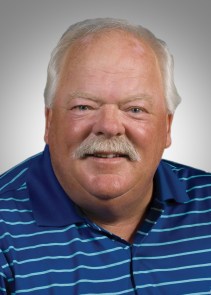 Roger Maltbie, a five-time winner on the PGA Tour and the man described by the Palm Beach Post as “the most interesting man in golf,” has been a key member of NBC Sports’ golf coverage team since 1992.  As the network’s lead course reporter, Maltbie usually draws the assignment of walking with the leaders.

Maltbie has won praise for his entertaining commentary, delivered in a conversational and sometimes humorous style on NBC’s coverage of the PGA Tour and events such as the U.S. Open, Ryder Cup, President’s Cup and the rest of NBC’s golf tour. Each Saturday during third-round coverage of PGA Tour events, Maltbie contributes a popular “Rules of the Game” segment.  Maltbie frequently works as the 18th hole tower analyst for early round cable coverage of the network’s major events.

“Roger’s style is to use his personality and sense of humor,” said Tom Roy, Executive Producer, NBC Sports.  “While walking with the lead group, he has a knack of dispensing entertaining opinions about how shots should be played.  The give-and-take between Johnny Miller and Roger is really fun and informative.”

Says NBC golf host Dan Hicks, “We like to think of Rog as truly and sincerely the heart and soul of our golf team.  He’s got an infectious personality.”

Maltbie’s good cheer and sense of humor were on display when, prior to the 2002 U.S. Open, he waited overnight in the Bethpage car line with a group of Long Island locals determined to land a tee time on the famed Black Course.  Maltbie’s experiences were documented in a memorable feature that earned an Emmy nomination.  NBC’s Jimmy Roberts says Maltbie was the perfect choice for that piece.  “That wasn’t a reach for Roger.  He’s the people’s pro,” Roberts said.

Maltbie began his professional career in 1975 with tremendous success, winning back-to-back events: the Quad Cities Open and the Pleasant Valley Classic, which led to him being named PGA Tour’s Rookie of the Year.  The following year, he won the inaugural Memorial Tournament, beating Hale Irwin in a four-hole playoff.  Maltbie is one of only two players (host Jack Nicklaus is the other) to have played in every Memorial since its inception in 1976.

Maltbie’s other career wins include the Manufacturers Hanover Westchester Classic and NEC World Series of Golf, both in 1985.  He carded 55 Top 10 finishes in his career despite enduring two shoulder surgeries.

Maltbie, who plays a limited schedule on the Champions Tour, teamed up with his NBC colleague, Gary Koch, in April 2003 to win the Raphael (better ball) Division at the Liberty Mutual Legends of Golf.