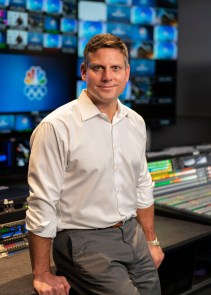 Rob Hyland is the lead producer on NBC Sports’ most high-profile properties. He was named coordinating producer of Sunday Night Football – primetime’s #1 show for an unprecedented 11 consecutive years – in May 2022.  In addition, Hyland serves as the producer of NBC’s primetime Olympics coverage, an assignment he began with the Tokyo Olympics and continued with the 2022 Winter Olympics in Beijing.

A veteran of 11 Olympics, Hyland previously led production of two of the Games’ most-watched sports — figure skating in the winter, and track & field in the summer.

A graduate of Williams College, Hyland joined NBC Sports in 1997.