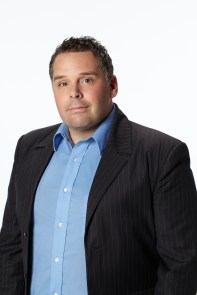 An honorable veteran, Buska served as a Search and Rescue swimmer in the U.S. Coast Guard during the Persian Gulf War.  While serving, he gained invaluable experience in Armed Forces Radio.  After his military tour, he attended U.N.L.V. on a Broadcast Journalism scholarship before moving on to start his career calling minor league baseball.  His play by play stints include minor league affiliates of the Athletics, Angels, Padres and Dodgers.  His NCAA Division I experience includes Long Beach State and Cal State Fullerton, as well as the College World Series National Championship in 2004 for the Titans.

While managing his play-by-play duties, he oversaw the sales departments for several radio stations and helped expand the USC Trojans Football and Basketball network into new reaches of Southern California. He later was added to the syndicated lineup for Sporting News Radio Network in Los Angeles as a national weekend host.

A native of Seattle, Buska began his career in 1990 delivering updates and special features while still in high school, covering the Seattle Seahawks, Supersonics and Mariners.

Buska makes his home in Southern California, but will always root for the Pacific Northwest.