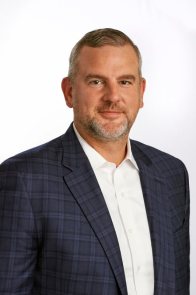 Under Cordella’s leadership, NBC Sports Digital streamed the Olympics, NFL games, and the Super Bowl (2012), among many firsts, while hosting thousands of on-demand video clips, in addition to streaming more than 10,000 events in 2018 across NBC, NBCSN, Golf Channel, Telemundo, NBCUniverso and six NBC Sports Regional Networks. He began as General Manager for NBC Sports Digital in 2009, and expanded responsibility and leadership, ultimately becoming Executive Vice President and General Manager in September 2016. During this time, Cordella served on the Board of Directors of Fanduel.

A six-time Sports Emmy Award-winner, Cordella was named one of SportsBusiness Journal’s “Forty Under Forty” as one of the best and the brightest of the rising generation in sports business in 2012 and 2014. Cordella earned a B.S. degree in Business Management with a minor in Computer Science from Providence College, and he was a member of the Providence Friar men’s basketball team that reached the NCAA Elite Eight in 1997. He holds an MBA from Boston College. Cordella resides in Westport, Connecticut, with his wife and five children.