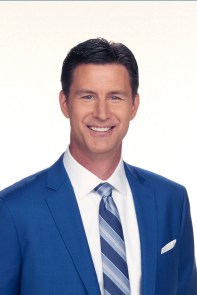 Rick Allen serves as the lead race announcer for NBC Sports Group’s NASCAR Cup and Xfinity Series race coverage, alongside analysts Jeff Burton, Steve Letarte and Dale Earnhardt Jr. During Allen’s tenure with NBC Sports Group, he has also called IndyCar Series races, as well as Global Rally Cross racing. In addition, Allen has served on the voting panel of the NASCAR Hall of Fame since its inception in 2010.

A versatile member of the NBC Sports on-air family, Allen also serves as a play-by-play announcer for NBC’s coverage of multiple other sports.

Prior to joining NBC Sports Group, Allen served as a play-by-play announcer for the NASCAR Camping World Truck Series for over 11 seasons. Before his television career, Allen was a public address announcer for the University of Nebraska, and Eagle Raceway in Eagle, Neb.

Allen grew up in Grand Island, Neb. and graduated from the University of Nebraska. He has been married to his wife Kris for over 23 years, and has two sons Eric and Ryan who both currently are attending college.