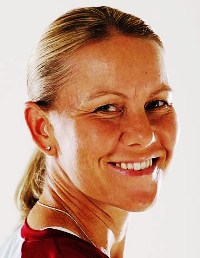 Stubbs has worked as an analyst for various networks including ESPN, Tennis Channel, and Channel 7 Australia. Stubbs is a four-time Olympian, representing Australia at the Olympic Games in Beijing, Athens, Sydney and Atlanta. With more than 17 years of representation for her native Australia, Stubbs is the longest serving player from any country in the history of the Fed Cup.

Stubbs splits her residence between Sydney, Australia, and Tampa, Fla.