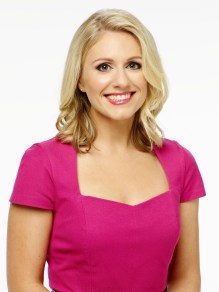 Rebecca Lowe is the host of NBC Sports Group’s Premier League coverage, including Premier League Live, the pre- and post-match show from NBC Sports Group’s International Broadcast Center in Stamford, Conn. Lowe joined NBC Sports in 2013 and relocated to the U.S. for the position. In her first year with NBC Sports, Lowe made her Olympic debut as an NBCSN daytime host at the 2014 Olympic Winter Games in Sochi, Russia, served as an Olympic host for NBC and NBCSN for the 2016 Rio Olympic Games and most recently the 2018 PyeongChang Olympic Games. Lowe made her horse racing debut as a co-host for the 2019 Kentucky Derby on NBC. This year, Lowe has also served as a guest host for NBC Sports’ new daily sports talk show, Lunch Talk Live with Mike Tirico.

Prior to joining NBC Sports Group, Lowe served as co-host of ESPN UK’s coverage of Premier League soccer. Lowe joined ESPN UK in 2009 to co-host its Premier League and FA Cup coverage, co-anchor the debate show Between the Lines and host all of the England Under 21 Qualifiers. Lowe also crossed the Atlantic to co-host ESPN’s coverage of the FIFA Women’s World Cup in 2011 and its Euro 2012 coverage from Bristol, Conn.

In March 2012 during a live FA Cup Quarter Final on ESPN UK, Lowe guided two hours of programming from a pitchside position when Bolton midfielder Fabrice Muamba collapsed on the field with a cardiac arrest. That night she appeared on every major UK news outlet. In May 2012, Lowe became the first woman in UK history to host the FA Cup Final – a six-hour live broadcast from Wembley Stadium.  Prior to her work with ESPN UK, Lowe was a presenter and reporter for Setanta Sports (2007-2009) where she hosted their ground-breaking coverage of the Football Conference. She also co-hosted Football Matters, Setanta’s Premier League studio program.

Lowe’s sports-television career began when she won the 2002 BBC Talent Search for a football reporter, from a field of 650 candidates. While at the BBC – from 2002-2007 she contributed to the all the network’s soccer programming, including reporting for Final Score from a key Premier League match each Saturday; features and reporting for Football Focus; and presenting a lifestyle feature each Sunday morning on Match of the Day.

Additionally, Lowe was one of three BBC reporters at the 2006 FIFA World Cup in Germany.  She also worked for BBC Two at the 2004 African World Cup of Nations in Tunisia as well as the Women’s European Championships in Manchester (2005) and covered the FA Women’s Cup Finals from 2003-2007.