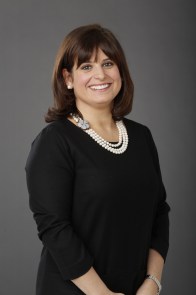 For the 2018 Winter Olympic Games in PyeongChang, South Korea, she served as producer on the primetime show on NBC, working with host Mike Tirico. Chatman held the same role during the Rio and Sochi Games. During the Beijing and Vancouver Games, Chatman produced the late night show hosted by Mary Carillo, and in London she co-produced the afternoon show on NBC.

Chatman has worked on a myriad of NBC Sports’ properties and events, including Sunday Night Football, the U.S. Open Championship, the Ryder Cup, Notre Dame Football, the World Swimming Championships, the Westminster Kennel Club Dog Show, Wimbledon (producing the late night show) and the French Open.  In 2006, she was Andrea Kremer’s sideline producer on the inaugural season of NBC Sunday Night Football and was a sound package producer for the Football Night in America studio show from 2007-2012. Chatman has been a part of the Kentucky Derby production team since 2007.

A graduate of Princeton University, Chatman came to NBC Olympics in 1998 after working at WRC-TV, NBC’s owned-and-operated station in Washington, D.C. Chatman was named one of SportsBusiness Journal’s Game Changers in 2015 and Broadcasting and Cable/Multichannel’s 2013 Women to Watch.