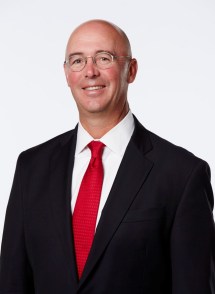 Pierre McGuire serves as an ‘Inside-the-Glass’ analyst for NBC Sports Group’s coverage of the NHL on NBC. In 2013, McGuire won the Sports Emmy for Outstanding Sports Personality – Sports Reporter. Previously, he was the game analyst for TSN Canada’s national NHL broadcasts.  In addition to his work on TSN’s NHL coverage, McGuire provided analysis for TSN’s coverage of the IIHF World Junior Championship and NHL Entry Draft.

In addition to his NHL coverage, McGuire has served as an “Inside-the-Glass” analyst for NBC Olympics’ coverage of men’s and women’s hockey at the past four Winter Olympics, including the 2018 PyeongChang Games.

Recognized as one of NHL’s most passionate and knowledgeable analysts, McGuire won the 2008 Gemini Award for Best Game Analyst for his work on the 2008 IIHF World Junior Championship: Gold Final. This marked the second consecutive Best Game Analyst Gemini Award for McGuire, who won the award in 2007 for his work on TSN’s NHL broadcasts. McGuire has also been selected eight times by The Hockey News as one of the game’s 100 most powerful and influential people.

McGuire began his broadcasting career in 1997 as a radio commentator for the Montreal Canadiens. He served as an analyst on “Habs This Week” and pre-game shows for the Ottawa Senators. McGuire fared so well in a guest appearance on TSN in 1999 that he made his way into TSN’s regular lineup on various hockey shows. In 2000 and 2001, McGuire became a fixture on TSN’s hockey coverage.

Prior to his radio and television career, McGuire had a long and successful coaching career. His first coaching job was as an assistant at Hobart College in Geneva, N.Y. Over the next several years, McGuire coached at Babson College in Wellesley, Mass., and St. Lawrence University in Canton, N.Y. In 1990, McGuire was hired as a scout by the Pittsburgh Penguins, and was a part of the organization’s back-to-back Stanley Cup titles as an assistant coach under NHL coaching legend Scotty Bowman.  After the 1992 season, McGuire moved to the Hartford Whalers organization for two years where he served as an assistant coach, assistant general manager and eventually head coach.  From 1994 to 1996, McGuire worked as a pro scout and assistant coach in the Ottawa Senators organization.