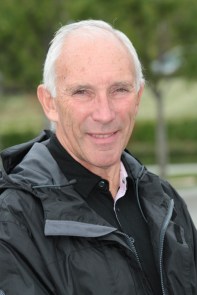 Phil Liggett is universally known as “The Voice of Cycling,” and is an integral part of NBC Sports Group’s cycling coverage. Having worked as a TV sports commentator since 1978, Liggett has covered eight Summer and four Winter Olympic Games and he brings world-class competition, experience to NBC Sports’ cycling programs.  In his 44 years of reporting on the Tour de France, Liggett has yet to spend a July at home since 1973.

In 2002, he received an Emmy nomination for Outstanding Sports Personality. Liggett has been the voice of some of the world’s most exciting sports, including World Cup Ski jumping, speed skating, triathlons and four-man sledding. Liggett is also an international commentator for Australia’s SBS network, for which he covered the 2012 London Olympics.

As a journalist, Liggett wrote for Cycling Magazine, and moved on to do freelance work for some of the UK’s top publications, including The Guardian, The Daily Telegraph and The Observer. In 1997, he was appointed Cycle Sport Magazine’s international editor. He has also written books on cycle racing.

At 30, after 12 years as an amateur racer, Liggett became the youngest International Cycling Commissaire (referee), and worked at the Tour of Zambia, Egypt, and the 1975 World Championships. With plenty of experience both behind the scenes at cycling events and in front of the camera as a journalist, Liggett has a personal perspective on the race and the riders like no one else could. In 2005, Liggett was awarded the M.B.E. (Member of the Most Excellent Order of the British Empire) for his contribution to cycling.