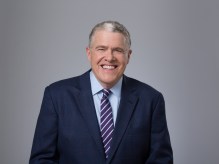 Peter King, one of the most prolific and respected NFL writers for decades, will serve as an NFL Insider for NBC’s Super Bowl LVI Pregame Show on February 13, 2022.

King writes a popular Monday morning NFL column each week exclusively for NBCSports.com. He also makes weekly appearances on PFT Live with Mike Florio, and continues to contribute to Football Night in America, which he has worked on in some capacity since its inception in 2006.

King has also resumed his popular NFL training camp tour for NBCSports.com, filing his column from the road each Monday and providing occasional video or written reports from team to team throughout the preseason. He reports for NBC Sports Digital on numerous events throughout the year, including regular season games, a conference championship game, the Super Bowl, the NFL Scouting Combine, the start of free agency, and the NFL Draft.

In addition to his NFL responsibilities, King reports on some of NBC Sports’ most high-profile events, including the 2020 Tokyo Olympics, and more.

King was named national sportswriter of the year in 2010, 2012 and 2013 in a vote of his peers by the National Sports Media Association.

He has worked on television for ABC as halftime correspondent for Monday Night Football, for CNN as an NFL reporter, for HBO as managing editor and reporter of Inside the NFL, and for NBC Sports as reporter for Football Night in America since 2006.

In King’s time at HBO, Inside the NFL won the Sports Emmy for Outstanding Sports Studio show in 2002, 2004 and 2005, the first three times the show ever won the award.

King has written five books on pro football, and served on the voting panel for the Pro Football Hall of Fame since 1992.

Born in Springfield, Mass., in 1957, King grew up in Enfield, Conn., and graduated from Ohio University with a journalism degree in 1979. He worked for the Associated Press, the Cincinnati Enquirer and Newsday before moving to Sports Illustrated in 1989 to write the magazine’s “Inside the NFL” column.

He lives in New York City with his wife, Ann. They have two grown daughters, Laura and Mary Beth.