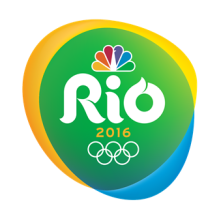 Peter Jacobsen makes his Olympic debut with NBC Sports Group as a golf analyst at the 2016 Rio Olympics.

Jacobsen is currently an analyst and tower announcer for Golf Channel and NBC’s PGA Tour coverage. In addition, he contributes to the network’s coverage of the Drive, Chip and Putt Championship National Finals from Augusta National Golf Club. Jacobsen also competes part-time on the Champions Tour, where he is a multiple major champion (2004 U.S. Senior Open and the 2005 Senior PLAYERS Championship).

A 40-year veteran of the PGA Tour, and a 12-year member of the Champions Tour, Jacobsen recorded seven victories throughout his career. He also was voted PGA Tour “Comeback Player of the Year” in 2003, and was a member of two Ryder Cup teams (1985 and 1995).

In 2013, Jacobsen was the recipient of the Payne Stewart Award, an honor presented annually by the PGA Tour to a professional golfer who best exemplifies the values of character, charity and sportsmanship. He also is the owner of Peter Jacobsen Sports, an event management company that runs several professional golf tournaments, including the CVS Caremark Charity Classic.