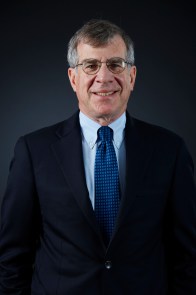 Diamond works on a regular basis with the international Olympic sports federations and the national governing bodies of Olympic sports in the U.S. Diamond also coordinates NBC Sports Group’s presentation of the U.S. Olympic Trials. He also coordinates year-round Olympic-sport programming, which significantly increased in 2015 when NBCUniversal acquired Universal Sports Network assets, and again in July 2017 when NBCUniversal partnered with the IOC and USOC to launch Olympic Channel: Home of Team USA, a 24/7 U.S. cable channel dedicated to Olympic sports and programming.

He began his career at ABC Sports in July 1974, serving as the Olympic researcher for the network’s coverage of the 1976 Olympic Winter Games in Innsbruck, Austria, and the Summer Games in Montreal, Quebec, Canada.

Diamond originally joined NBC in 1977 as Associate Producer, Olympic Research, as the network prepared for its coverage of the 1980 Olympics in Moscow, Russia. Though NBC’s extensive Moscow coverage was cancelled because of the U.S. Boycott, Diamond was part of a small contingent of NBC personnel sent to Moscow for the SportsWorld coverage of the Games.

After his first three-year stint at NBC, he returned to ABC in 1980 to serve as Director of Olympic Planning, handling a variety of scheduling and production matters. He was part of the ABC management team that oversaw the network’s telecasts of the 1984 Winter Olympics from Sarajevo, Yugoslavia, and Summer Games from Los Angeles, California.

In 1986, he returned to NBC as the Vice President of Olympic Programs, preparing NBC’s coverage of the Olympics in Seoul, South Korea. He was promoted to Senior Vice President in 1993, and served in that capacity until being promoted to his current position. His 30-plus years as a programming executive make him the most senior sports programmer among the U.S. broadcast networks.

One of those Emmys was awarded for his work in supervising the production of more than 400 Olympic profiles for NBC’s coverage of the 1988 and 1992 Games. Another was awarded in the writing category for the 1988 Games. Diamond also won an Emmy for the 1984 Los Angeles Olympics on ABC, and for his work at the 1999 World Track and Field Championships on NBC. Additionally, the NBC-produced on-air promotional campaign for the Barcelona Olympics was honored with a Gold Effie, one of the highest honors in the advertising community.

Diamond is on the Board of Trustees for Lehigh University. He received the USA Track & Field’s Lifetime Achievement Award in 2015. A lifelong track enthusiast, Diamond maintains a collection of Olympic and track & field literature that makes him one of the top collectors in the world. A graduate of Yale University with a bachelor’s degree in history, he lives in New York with his wife.