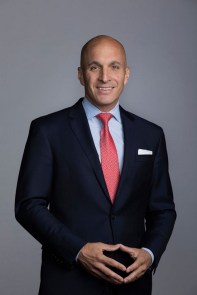 Together with his team, Bevacqua completed numerous key rights agreements. Most recently, in November 2021, NBCUniversal and the Premier League agreed to a six-year extension to serve as the exclusive U.S home of the Premier League. In March 2021, NBCUniversal and the NFL agreed to an 11-year extension and expansion for NBC Sports to continue as the home of Sunday Night Football, primetime television’s No. 1 show for an unprecedented 10 consecutive years. In addition, NBCUniversal re-acquired the complete U.S. media rights for all United States Golf Association championships, including the U.S. Open and U.S. Women’s Open, through 2026; agreed to a nine-year extension of the company’s PGA TOUR rights; secured a new Sunday night NFL Wild Card playoff game, which was presented live across NBC, Telemundo, and Peacock in January 2021; and established NBCUniversal’s multi-year partnership with PointsBet, making PointsBet the official sports betting partner of NBC Sports.

Previously, Bevacqua served as CEO of the PGA of America from 2012-2018. In this role, Bevacqua guided the business and overall strategy of one of the world’s largest sports organizations, serving the Association’s nearly 29,000 PGA Professionals.

Prior to the PGA of America, Bevacqua served as Global Head of Golf at Creative Artists Agency (CAA Sports). He was also Chief Business Officer for the USGA and served as the first Managing Director of the U.S. Open Championship. Bevacqua began his career as a legal associate at Davis Polk & Wardwell LLP in New York City.

Additional roles Bevacqua has had include: World Golf Foundation Board of Directors’ Chairperson; a PGA World Alliance leadership team member; Chairperson of the International Golf Federation, a group that was instrumental in golf’s return to the Olympics; special advisor to the Captains Club for The Memorial Tournament; and a board member for RISE, an alliance of sports organizations that promote racial equality. A former SportsBusiness Journal “Forty Under 40” honoree, Bevacqua also received the 2016 March of Dimes Sports Leadership Award.