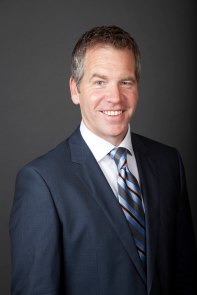 Paul Burmeister currently serves as a studio host and play-by-play commentator for NBC Sports across numerous properties. He serves as studio host during NBC Sports’ extensive coverage of the Tour de France and handles play-by-play for the USFL, All-American Bowl, the Bayou Classic, and college basketball. Burmeister has worked five Olympics for NBC Olympics, most recently during the 2022 Olympic Winter Games as a ski jumping play-by-play announcer. He also served as a play-by-play voice and sideline reporter for the Premier Lacrosse League.

Burmeister has previously served as a co-host for Pro Football Talk on NBCSN alongside co-host and NBC Sports NFL insider Mike Florio.

Prior to joining NBC Sports Group, Burmeister was a studio host and anchor with NFL Network for a decade, where he hosted NFL Total Access, NFL Gameday Scoreboard, Around the League Live, and NFL AM, providing fans with in-depth information and analysis during the season.

Prior to his time at NFL Network, Burmeister served as a sports anchor at NBC affiliate KWWL in Waterloo, Iowa from 2001-04. He began his broadcasting career in 1998 at KCRG in Cedar Rapids, Iowa.

Burmeister was a quarterback at The University of Iowa, where he was offensive captain and MVP of the 1993 Hawkeyes. Following his collegiate career, he spent time with the Minnesota Vikings as a free agent.