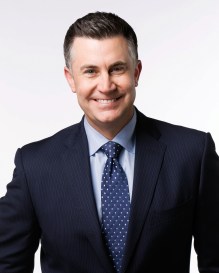 One of the most popular sports broadcasters in Chicago, Pat Boyle has been a centerpiece on NBC Sports Chicago as a primary anchor since 2004. He currently hosts Blackhawks Pregame and Postgame Live; prior to which he was the host of Bears Postgame Live. In addition, Boyle continues to host Pro Football Weekly among other numerous projects for the network. In 2006, he won the Chicago/Midwest Emmy award for Outstanding Achievement for Individual Excellence On Camera: News-Sportscaster. Before joining NBC Sports Chicago, he anchored ESPN’s SportsCenter and ESPN News’ nightly half-hour primetime show. Boyle has also been a studio host for NHL 2Night and ESPN’s Wednesday Night Baseball. His resume also includes being the weekend anchor/reporter for Comcast SportsNet Philadelphia’s edition of SportsNite, along with substitute hosting the network sports roundtable discussion show and reporting for the network’s game coverage of the Philadelphia Flyers, Philadelphia 76ers and the postgame show for the Philadelphia Eagles. Boyle is a Michigan State graduate with a degree in telecommunications.