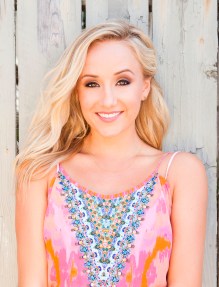 Nastia Liukin serves as a gymnastics analyst for the 2016 Olympic Games. Liukin previously worked as a sportsdesk reporter during NBC Sports Group’s coverage of the 2014 Olympic Games in Sochi, and as an NBCOlympics.com contributor during the Olympic Games in London.

A five-time Olympic medalist and two-time all-around national champion (2005, 2006), Liukin garnered the most medals of any gymnast at the 2008 Beijing Olympics and tied the U.S. gymnastics record for the most medals won at a single Olympics with five (one gold, three silver, one bronze). Liukin joined NBC Sports Group as an analyst for gymnastics coverage in 2012.

Liukin served as an ambassador for gymnastics as an athlete representative for both the Federation of International Gymnastics and USA Gymnastics, and continues to support the growth of gymnastics with her annual Nastia Liukin Cup.