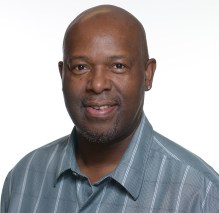 The newest member of the NBC Sports “Insider” team, veteran sports journalist Monte Poole joined the network in October 2013 as the Golden State Warriors Insider. In this role, Poole provides coverage of the Warriors across the network’s multiplatform outlets, including CSNBayArea.com’s “WarriorsTalk” and on-air for SportsNet Central, Yahoo! SportsTalk Live, Warriors Pregame Live and Warriors Postgame Live and other NBA related programming.

Poole has been a fixture in Bay Area sports media for over two decades and is the foremost authority on the Oakland sports scene. He comes to the network from the Oakland Tribune/Bay Area News Group, where he began his career in 1985 covering high school sports. In 1991, he was promoted to sports columnist and spent the next 22 years as an award-winning columnist covering a wide variety of events, including multiple Super Bowls, World Series, NBA Finals and championship fights.

A native of Oakland, Calif., Poole graduated from Castlemont High School before receiving his Bachelor of Science degree in Journalism from San Jose State University.