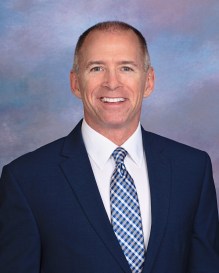 Mike Ryan will serve as a medicine analyst for NBC’s Super Bowl LVI on February 13, 2022.

Ryan has more than 30 years of athletic training experience in the NFL and serves as a medicine analyst for NBC’s NFL coverage, including Sunday Night Football and Football Night in America.

Ryan concluded his career following the 2013 season with the Jacksonville Jaguars, where he served as the team’s Head Athletic Trainer/Physical Therapist since the franchise’s inaugural campaign in 1994. Prior to joining the Jaguars, Ryan served as an Assistant Athletic Trainer with the New York Giants from 1988-1994, and was a member of the staff during the Giants’ Super Bowl championship season of 1990. Ryan’s first NFL experience came in 1984, when he was an athletic trainer intern at the first of three Giants’ training camps.

Ryan is the recipient of the 2015 Professional Football Athletic Trainers Society’s (PFATS) Alumni of the Year award.  He has served as the President of the PFATS Research and Education Foundation for 14 years in addition to having served leadership roles with numerous committees and advisory boards focused on sports medicine, including the NFL Foot & Ankle Committee, the NFL Collegiate Athletic Trainers Committee, and the Sports Concussion Medical Advisory Board

In 2008, Ryan also served as a volunteer athletic trainer and physical therapist at the United States Olympic Training Center, assisting U.S. Olympic staff and athletes prior to the 2008 Summer Olympics.

Ryan earned his B.S. in Athletic Training from Central Connecticut State University in 1985, followed by his degree in physical therapy from the University of Connecticut in 1988.

Ryan, an avid fitness advocate, Ironman triathlete and extreme sports enthusiast, is a native of Framingham., Mass. He currently resides in Ponte Vedra Beach, Fla., with his wife Samantha, and their two children.