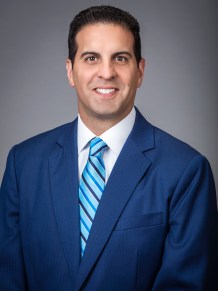 In addition, he has worked two Winter Olympics (2010 Vancouver, 2006 Torino) and the NCAA Women’s Basketball Tournament for Westwood One.

Corey began his play-by-play career out of college as the Voice of the Delaware Blue Hens for 13 years on the radio from 1999-2012. He began calling games on television in 2002 and has also worked at ESPN, FOX and CBS.

An alumnus of the University of Massachusetts-Amherst, Corey is a three-time winner of Delaware Sportscaster of the Year (2010, 2005, 2003) honors, as awarded by the National Sports Media Association.

Corey and his family reside in Marlton, NJ.