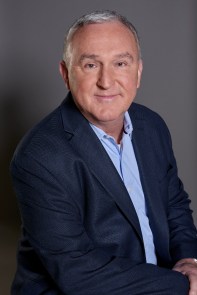 Michael Sheehan is Coordinating Director for NBC Olympics and is responsible for the direction of NBC’s primetime Olympics coverage. The 2022 Olympic Games in Beijing mark Sheehan’s eighth Olympic assignment. Sheehan also serves as Coordinating Director for Football Night in America, the most-watched weekly studio show in sports for 15 years running.

In addition, Sheehan has overseen the direction of multiple Formula One races for NBC, including the famed Monaco Grand Prix. He previously served as a director from 1985 to 2012 for HBO Sports, and MLB Network from 2008 to 2012.

With more than 37 years of television experience, Sheehan is the winner of 18 Sports Emmy Awards for his work on Wimbledon, Inside the NFL and the Olympics, and has received an Eclipse Award for his work on horse racing.

A graduate of the University of Notre Dame, Sheehan resides in Ramsey, N.J.