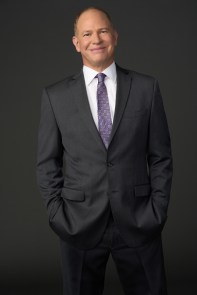 Throughout the NFL season, Berry hosts a weekly game-day fantasy football and sports betting show on Sundays from as well as “Fantasy Football Happy Hour with Matthew Berry,” a daily weekday show on Peacock and NBC Sports Digital properties.

Prior to joining NBC Sports, Berry spent 15 years at ESPN (2007-2022) as the lead fantasy football expert and is universally recognized as one of the pioneers of the fantasy sports industry. While at ESPN, Berry became one of the most popular sportswriters at the company, with his “Love/Hate” columns regularly among the most read pieces on ESPN.com on a weekly basis. Berry hosted ESPN2’s Sunday morning show Fantasy Football Now and The Fantasy Show, which was ESPN’s first daily show devoted to fantasy sports. He also appeared on programs such as Monday Night Countdown, Sunday NFL Countdown, SportsCenter, NFL Live, and ESPN’s annual coverage of the NFL Draft. He also was host of the Fantasy Focus Football podcast, which was one of ESPN’s top podcasts on a yearly basis. It was named best Fantasy Sports Podcast for 2015 and 2016 by the Fantasy Sports Trade Association.

Berry is one of only five people to be named to the Hall of Fame for both the Fantasy Sports Trade Association and the Fantasy Sports Writers Association. He wrote the New York Times best-selling book Fantasy Life in 2013 and won an Emmy for his work on ESPN2’s Fantasy Football Now. Constantly aiming to innovate fans’ fantasy sports experience, Berry created and will continue to be involved with the top-rated Fantasy Life app and newsletter. He has more than two million social followers.

Berry was raised in College Station, Texas, and is a graduate of Syracuse University.