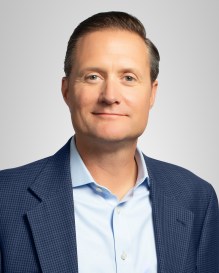 Previously, Murphy served as Senior Vice President, Platforms and Strategy for NBC Sports Regional Networks, where he created the digital platform strategy for the RSNs, managed product development, and was responsible for revenue growth from advertising, direct-to-consumer services and digital partnerships. Under his leadership, the NBC Sports Regional Networks launched MyTeams by NBC Sports, a team-focused mobile app that provides customizable and complete coverage of the professional teams covered by the RSNs.

Prior to joining NBC Sports Regional Networks, Murphy served as a media consultant, and developed monetization and distribution strategies for clients, including Google and Revolt TV.

Murphy is a 20-year veteran from ESPN. During his tenure, he served as Senior Vice President of Digital Video Distribution at Disney and ESPN Media Networks, where he led a national sales and marketing team for distribution strategies across all non-linear platforms, including YouTube, Xbox and Netflix.

Murphy earned his bachelor’s degree in European history from Washington and Lee University. He resides in San Francisco with his wife and three children.