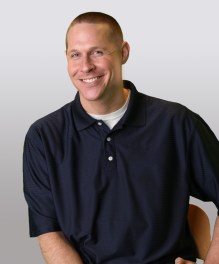 In addition to his weekend radio gig, Chernoff can be heard weekday afternoons hosting The Chuck & Chernoff Show on 680 The Fan, Atlanta.  He also currently co-hosts Atlanta Falcons pregame on Fox 5 in Atlanta every Sunday.

Chernoff has worked as a producer and talk show host for more than a decade.  He spent 10 years at ESPN 790 The Zone, Atlanta and he has hosted Sportsnite on Comcast Sports Southeast.  He worked as a sideline reporter for the Atlanta Falcons radio network and hosted the network’s pregame and post game shows, also serving in the same capacity for the Arena Football League’s Georgia Force.  He also hosted Falcons Daily on Atlanta’s Falconsvision and in 2007, appeared on a daily segment of the NFL Network show “Put up your Dukes.”

Born and raised in Atlanta, Chernoff is very proud of his local roots and is a self-admitted homer for Atlanta sports franchises. While in high school, he began working in radio at a small radio station filing high school football reports and working the board on weekends. His love of radio led him to an internship at 790 The Zone while attending Georgia State University.

Matt has worked with the Multiple Sclerosis Society of Georgia as the Chairman of their MS Walk of Georgia and in the process was named the volunteer of the year in 2006.