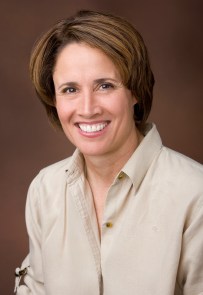 Carillo’s previous Olympic roles include serving as a correspondent and tennis analyst at the 2016 Rio Olympics, working as a correspondent at the 2012 London Olympics, where she also called the women’s gold medal tennis match between Serena Williams and Maria Sharapova, and more. At the 2006 Winter Games in Torino, Carillo hosted Olympic Ice, a daily figure skating show on USA Network. At the 2004 Athens Games, Carillo earned critical praise in her debut as a full-time Olympic host on Bravo’s coverage in addition to anchoring USA Network’s live, Grand Slam-style coverage of the tennis gold medal finals. During NBC’s coverage of the 2002 Salt Lake Winter Games, Carillo served as the reporter at Utah Olympic Park, where she covered the bobsled, luge and skeleton competitions.  Her comment that men’s doubles luge is “like a bar bet gone bad” was recognized as “line of the year” in many sports television columns.  In addition, Carillo’s work co-hosting the 2002 Closing Ceremony alongside Dan Hicks earned her critical acclaim.

In 2003, Carillo joined NBC as an analyst on the network’s French Open and Wimbledon coverage, teaming with analyst John McEnroe and play-by-play commentator Ted Robinson. She also served as an analyst during U.S. Open coverage on USA network. Carillo’s candid and insightful commentary has earned her accolades throughout the industry, including the distinction of being called “the sport’s top analyst” by Sports Illustrated.

Carillo has worked as a tennis analyst for CBS Sports since 1986 and for the Tennis Channel since 2011.  She returned to ESPN as a tennis analyst for Grand Slam coverage from 2003-2010, having worked for the network from 1988-1997. Since 1997 Carillo has worked as a correspondent for HBO’s Real Sports with Bryant Gumbel. Carillo was both a host and analyst for Turner Sports’ coverage of Wimbledon from 2000-02 and on HBO’s Wimbledon coverage from 1996-99. Prior to ESPN, she worked for USA Network (1980-87), PBS (1981-86) and Madison Square Garden Network (1981-88). Her assignments for ESPN, CBS and NBC have earned Carillo a “career Grand Slam” for working the Australian Open, French Open, Wimbledon and US Open.

Carillo has received two coveted Peabody Awards, one of television’s highest honors, one for work on the HBO documentary Billie Jean King, Portrait of a Pioneer and the other for co-writing with Frank DeFord the HBO documentary Dare to Compete: The Struggle of Women in Sport. Carillo was named “Best Commentator” by Tennis Magazine (1988-91), “Best Commentator” by World Tennis Magazine (1986) and “Broadcaster of the Year” by the WTA (1981 and 1985). She has co-written two books—Tennis My Way with Martina Navratilova and Rick Elstein’s Tennis Kinetics.

Carillo played on the professional tennis tour from 1977-80. Teaming with childhood friend John McEnroe, Carillo won the 1977 French Open mixed doubles title.  In 1977 she was doubles quarterfinalist at the US Open and a doubles runner-up at the U.S. Clay Court Championships.

A native of Queens, N.Y., Carillo lives in Naples, Fla.