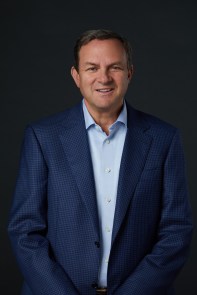 Previously, Lazarus was Chairman, NBCUniversal Broadcast, Entertainment and Lifestyle Group, Sports and News, where he was responsible for most of the company’s east coast-based content businesses, including the Entertainment and Lifestyle Group, NBC News, MSNBC and CNBC. In addition, he oversaw the NBC Sports Group (since May 2011), NBCUniversal Owned Television Stations and NBC Affiliate Relations (since September 2016).

Under Lazarus’ leadership, the company has forged new deals with the Olympics, NFL, NASCAR, and the Premier League, among many other partnerships. NBC’s “Sunday Night Football” has been primetime’s number one show for an unprecedented 10 consecutive years. Additionally, USA Network has been the most-watched cable entertainment network for 12 consecutive years.

Prior to joining NBCUniversal, Lazarus was President of Media and Marketing at CSE, and previously served as President of Turner Entertainment Group from 2003-08.

A graduate of Vanderbilt University, Lazarus is on the Board of Governors of the Boys and Girls Clubs of America, and serves on the Board of Directors for the East Lake Foundation and Hilton Grand Vacations.