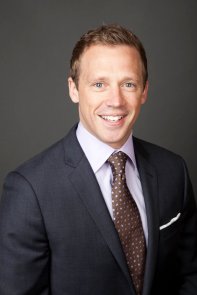 Liam McHugh serves as a host on some of NBC Sports’ most high-profile properties and events, including Football Night in America, the NHL and the Olympics.

Since 2010, McHugh has served as the lead studio host for NHL Live, the pre- and post-game studio show that airs prior to and after NHL telecasts throughout the regular-season, Stanley Cup Playoffs and Stanley Cup Final. In August 2018, McHugh was named on-site host for Football Night in America, the most-watched studio show in sports, which leads into Sunday Night Football, primetime television’s No. 1 show.

In 2011, McHugh demonstrated his talent and versatility by hosting numerous studio shows and live events for nearly every major sporting event that aired on VERSUS, since re-branded as NBCSN. In the summer of 2011, McHugh stepped into the role of host for NBCSN’s live daily coverage of the Tour de France. In the fall, he hosted NBCSN’s College Football Talk. Additionally, he hosted the network’s studio coverage of the Mountain West Conference.

McHugh began his career as a reporter for Newsday in New York. In 2004, he stepped in front of the camera for the first time as a Sports Anchor for WTHI-TV in Terre Haute, Indiana and then served as the Sports Anchor for KOKH in Oklahoma City from 2007-2009 before joining VERSUS in 2010. McHugh was also a contributing writer and reporter for ESPN the Magazine for four years.

McHugh is a graduate of the University of Buffalo and earned a Masters in Broadcast Journalism from the Samuel I. Newhouse School of Public Communications at Syracuse University.