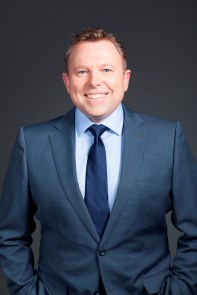 Leigh Diffey is one of the most prolific voices in motorsports, serving as NBC Sports’ lead play-by-play commentator for its INDYCAR, IMSA WeatherTech Sportscar Championship, MotoGP and Supercross coverage. In addition, he is NBC Olympics’ primary announcer for Track & Field and has called numerous events at both the Summer and Winter Games.

In 2019, Diffey was the lead announcer on NBC’s first-ever broadcast of the Indianapolis 500 and reprised the role in 2020. NASCAR has also been a part of Diffey’s portfolio, having called Cup and Xfinity Series races in addition to hosting NASCAR America.

Versatility is ones of Diffey’s strengths and in his time at NBC Sports since joining in 2013, has worked on the Track & Field World and National Championships, rowing at the Rio Summer Games, bobsled, skeleton and luge at both the Sochi and Pyeongchang Winter Games, the Rugby World Cup and Premiership Rugby.

Prior to joining NBC Sports, Diffey served as a host and play-by-play commentator for SPEED Channel in the US, the BBC in the UK and Network Ten in Australia, where he worked on F1, INDYCAR, MotoGP, Golf (including The Masters), World Superbike, World Rally, Sailing and V8 Supercars. He was also a host of Sports Tonight in Australia. Diffey is a native of Brisbane, Australia, and currently lives in Connecticut with his wife and two children.