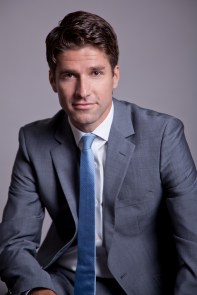 Prior to joining NBC Sports Group, Martino was an MLS and international game analyst and studio host from 2008-2010 for ESPN. He also continues as game analyst for MLS’ Philadelphia Union on WPVI-TV.

Martino played a combined six MLS seasons with the Columbus Crew (2002-06) and Los Angeles Galaxy (2006-07), making 141 appearances and scoring 13 goals. On the international level, Martino was on the men’s national team for the United States from 2002-2005 with eight caps and one goal and played at the 2001 World Youth Championships. Among his on field accolades: 2003 MLS All Star, 2002 MLS Rookie of the Year, 2001 ACC Player of the Year, 2000 Herman Trophy finalist and 1998-1999 Gatorade National Boys Soccer Player of the Year.

Martino played at the University of Virginia before being drafted in the first round by the Columbus Crew in 2002.