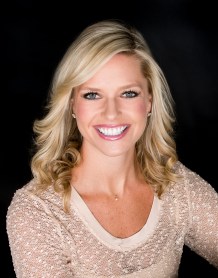 Prior to joining NBC Sports Group, Tappen spent four years at the NHL Network (2011-2015). Tappen joined the NHL Network in 2011 as the host of NHL Tonight, the network’s nightly highlight show. Prior to that, Tappen spent five years with the New England Sports Network where she was the lead studio host for Boston Bruins games, and reported on the New England Patriots, Boston Red Sox, and Boston Celtics.

In addition, Tappen served as a weekend anchor and a weekday sports reporter at NBC affiliate WJAR, in Providence, R.I. She began her career in 2003 at College Sports Television.

In 2014, Tappen was honored with the “Woman of Inspiration” award by the Boston, Mass. chapter of WISE, for her values of leadership and mentorship in paving the way for women in the sports industry. Tappen also earned an Associated Press award in 2006 for her sports feature “Swim Meet.” Her sports feature reporting has also been nominated for two Boston/New England Emmy Awards by the National Academy of Television Arts and Sciences.

Tappen grew up in Morristown, N.J., and prior to her broadcasting career, she was an Academic-All American at Rutgers University (N.J.), where she was a member of the track and field and cross country team. During her career as a Scarlet Knight, she was a Big East Academic All-Star and the former record holder in the women’s 3000-meter steeplechase.

In addition to her work on air, Tappen is also involved in the MARSOC Foundation, which provides benevolent support to active duty and medically retired U.S. Marine Corp. personnel and their families who lost their lives in service to our nation.