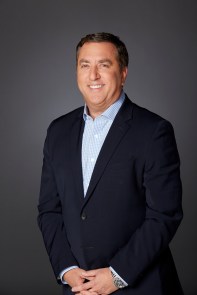 Jon Miller is an NBC Sports Group executive who has one of the longest tenures in NBC Sports history, since joining the network in 1988. He assists the NBC Sports Group leadership team on acquisitions, development, and programming matters; is involved in various NBC Sports properties and owned properties; and serves as a key contributor to NBC Sports affiliate and distribution teams. Miller reports to Pete Bevacqua, Chairman, NBC Sports Group.

Miller, who is credited for creating the NHL Winter Classic – an event that The New York Times said “has stolen New Year’s Day” – has been with NBC for more than four decades. Miller has been instrumental in NBC Sports Group’s acquisition of some of the world’s top sports properties, most recently leading the team that reacquired the USGA; helping solidify multi-year agreements for Formula One, the world’s most popular open-wheel racing series; NASCAR, America’s top motorsports franchise; and the Premier League, the preeminent soccer league in the world.

Miller served as Vice President, Program Planning and Development, NBC Sports, starting in 1988. He was previously an account executive in the NBC Sports & Olympics Sales department. He has been with NBC since October 1978, beginning his career as an account executive at WRC-TV, the NBC television station in Washington, D.C.

Miller is actively involved as an advisory board member for the Tom Coughlin Jay Fund, as well as the NY/NJ Juvenile Diabetes Research Foundation. He also serves on the NY Chapter of the March of Dimes Sports Committee.

Born in Washington, D.C., and raised in Bethesda, Md., Miller graduated from Miami University in Oxford, Ohio, with a bachelor’s degree in business administration. He and his wife, Jan, have two sons, Jeff and Robby, and live in N.J.