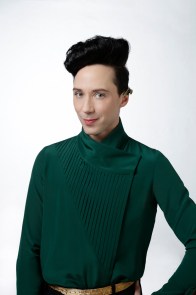 Weir made his debut as lead analyst for Olympic figure skating at the 2018 PyeongChang Olympics alongside Gannon and Lipinski. As USA Today wrote, “the commentary combo of Tara Lipinski and Johnny Weir are more of a reason to tune in to the Winter Olympics than the individuals and pairs populating the competition itself.”

Weir’s broadcast experience includes his own series Be Good Johnny Weir, for which he won the 2010 NewNowNext Award for “Most Addictive Reality Star,” and documentary film Pop Star On Ice, both of which aired on The Sundance Channel and Logo Network.